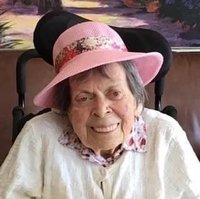 Peacefully, at the Bobier Villa, Dutton, on Wednesday, July 1st, 2020, Shirley Ann Lawley (née Stephenson), formerly of West Lorne, passed away at the age of 88. Born on July 27, 1931 to the late Charles Stephenson and Hazel (née Anguish). Predeceased by her husband Captain John David Lawley Sr. (2013) C.D.(RET). Loving mother of the late James Frederick Lawley (1962), the late John David Lawley (2011), Charlie (Julie) Lawley, Doug (Kelly) Lawley and Sue Williams (Leslie Myers). Cherished grandmother of Jessica, Jacqueline, Meghan (Malcolm), Emma and Jayme. Survived by her nephew, George (Donna) Savory of the United Kingdom. Predeceased by her sister, Helen Savory (late John). Shirley was a graduate of the University of Toronto Nursing School. She started as a V.O.N., nursing in Toronto on foot, and dedicated twenty-three years of her career to C.P.R.I. in London. She paused her nursing career to be a military wife and mother. Nursing continued to be her passion even throughout her retirement as she volunteered as a first responder at the Travellers Rest Campground in Florida. Shirley’s family was of upmost importance to her. She loved being a grandmother to her grandchildren. She took a hands-on approach and dedicated herself to each of them, teaching them one of her famous traits; to bake, while also taking time for pleasure at the beach. Shirley was passionate about music and had a gift for hospitality, always making sure that visitors were made welcome and fed properly. Even if not family members, friends of the family were brought in as her own and were shown much love and care. Services are private; however, the family invites you, if you wish, to join them from the comfort of your home. Stream the service by visiting the Denning’s of Lambton-Middlesex Facebook page on Saturday, July 4th at 2 p.m. Cremation to follow with Interment in Port Hope, Ontario at a later date. If desired, memorial contributions to the Volunteer Organization of CPRI would be appreciated by the family. Arrangements entrusted to DENNING’S OF WEST LORNE (519-785-0810). Condolences online at www.westelginfuneralhome.com