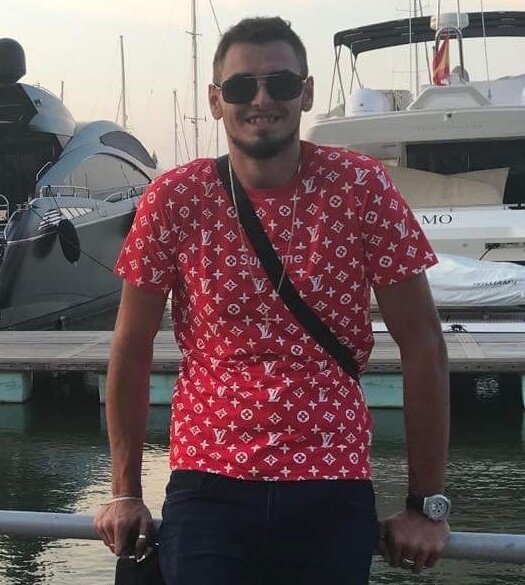 Suddenly and tragically, a heart of gold stopped beating on Saturday, August 6th, 2022.  Ricardo “Ricky” Manuel Roger Oliveira of West Lorne at the age of 27.  Ricky was loved by everyone who knew him and so many are left to grieve his loss.

Ricky was a son, a soulmate, a best friend, a stepfather, a grandson, a brother and a shining light in so many lives.

Lovingly remembered by Sibrina Murray and her daughter Tasha, his parents Ricardo and Tammy Oliveira, his sister Sabrina Oliveira (Derek Reeves), his grandparents; Manuel and Julia Oliveira and Shirley Kirschner, his uncles; Roger Kirschner and Philip Oliveira, his niece Layla and his nephews; Carlos and Brooks. Also survived by many adoring great aunts, great uncles including Bill Welch, many cousins and a tremendous number of friends.  Predeceased by his grandfather, Roger Kirschner (2003).

Friends and family are invited to a visitation in honour of Ricky on Monday, August 15th, 2022 from 2-4 and 7-9 pm. Sharing of memories will take place at 12 pm at Denning's of West Lorne before the funeral Mass takes place on Tuesday at St. Mary’s Church, West Lorne at 1 pm.

If desired, memorial contributions to Salthaven Animal Rescue would be appreciated as your expression of sympathy.

Share Your Memory of
Ricardo
Upload Your Memory View All Memories
Be the first to upload a memory!
Share A Memory