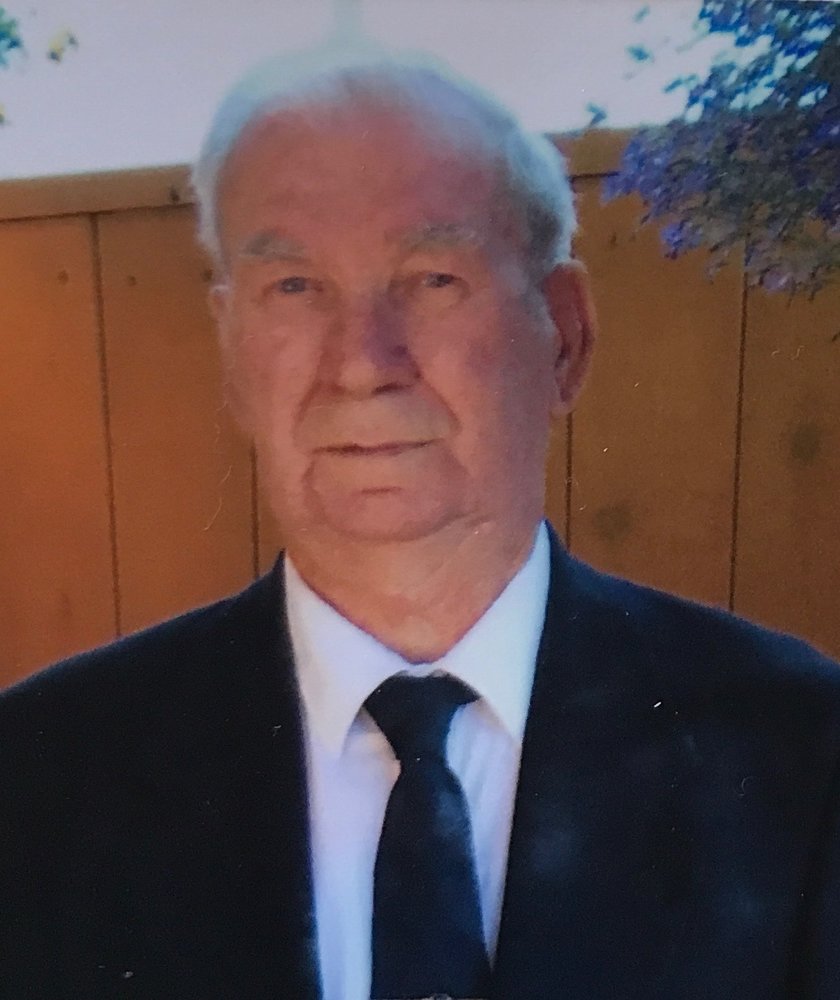 Passed away peacefully with his immediate family at his bedside, at McCormick Home, London on Wednesday, February 20, 2019 in his 97thyear and shy 3 weeks to his 65th-wedding anniversary to his beloved wife, Maria (nee Gellner).  John was a loving and supportive father/grandfather to daughter Gerda Paal-Martinuzzi (Bryan) of London and his only granddaughter, Jenna Renee Martinuzzi of Berlin, Germany.
John will be missed by his sister Katharina Yanke of Waterloo as well as several nieces, a nephew, his family and friends.
Predeceased by his parents, John Paal Sr. and Katharina Paal, brother Michael and his wife Anna Maria Paal, brother-in-law Bruno Yanke, sister-in-law and brother-in-law Katharina and Michael Rehner.
John and Maria made their home in West Lorne, Ontario from 1954 until 2018 at which time they moved to McCormick, their last home.  John was born in Birk, Romania and came to Canada in 1954.  John worked farming jobs then later for Milner-Rigsby Company Limited until retirement, from March 1956 to July 1989.  John’s family will receive friends and relatives at DENNING’S OF WEST LORNE 202 Main Street, West Lorne Ontario on Monday, February 25 from 2 – 4 p.m.  The funeral service will be held at Grace Lutheran Church, 108 Graham Street, West Lorne, on Tuesday, February 26, 2019 at 11 a.m. with visitation prior to the service from 10-11am.  Interment to follow at Rodney Cemetery.
Memorial donations to Grace Lutheran Church, West Lorne or charity of your choice would be appreciated as expressions of sympathy.
www.westelginfuneralhome.com