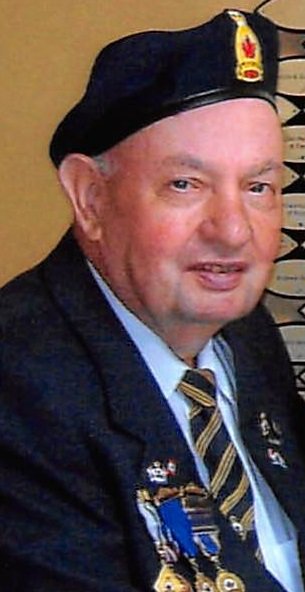 Quietly on September 9, 2019 Charles John Cronkite passed away at the age of 92. Predeceased by his wife Annie Cronkite (2011), son Arthur and daughter Debra. Loving father of Diane, Fred and Stella. Grandpa of 21 grandchildren and many great-grand children. Survived by his brother Harry Cronkite.

Charles served in the army as a Paratrooper during World War II and received many medals for his service. He was a tobacco farmer and drove truck in the winter. Later in life he enjoyed golfing hence he was given the nickname Down the Middle Charlie.

Visitation will be held at Denning’s of West Lorne on Wednesday, September 11, 2019 from 4-7 p.m. Funeral mass is September 12, 2019 at 11 a.m. at St. Mary’s Catholic Church with interment to follow at the Evergreen cemetery. Reception at St. Mary’s Parish Hall. Tribute donations to Canadian Cancer Society or the Knights of Columbus would be appreciated. Share a memory at www.westelginfuneralhome.com

Share Your Memory of
Charlie
Upload Your Memory View All Memories
Be the first to upload a memory!
Share A Memory