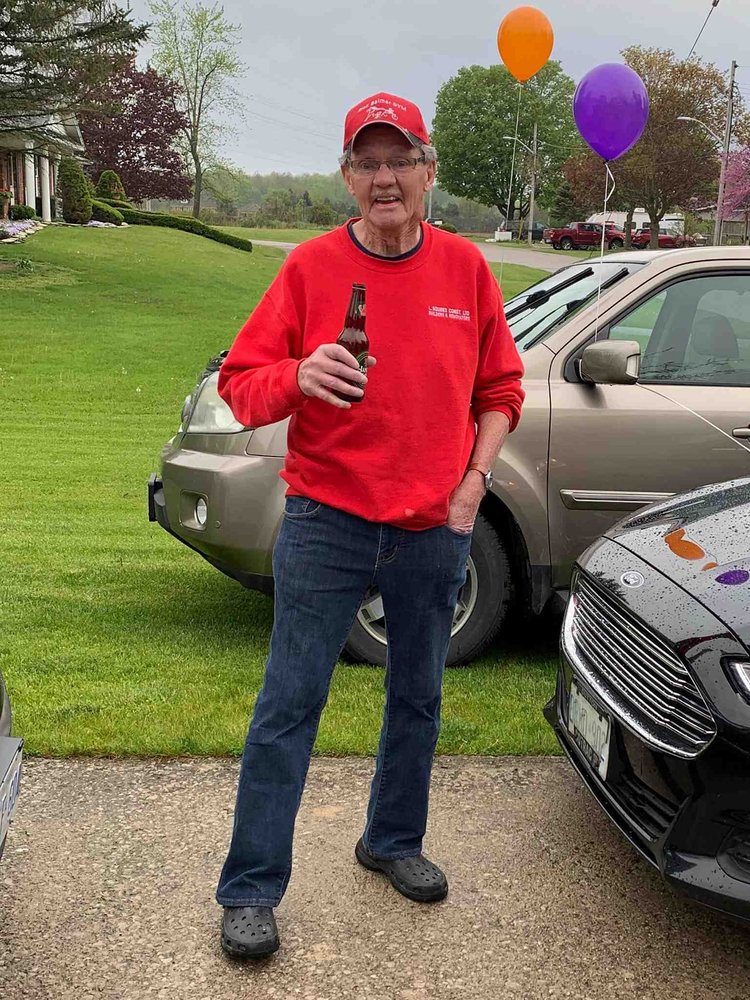 Dear father of Tammy (Todd) of Prince Edward Island and Tim of Rodney.  Predeceased by his daughter Penny of British Columbia in 2016 (Darwin - 2017)  .

Predeceased by his brothers; Bob, Mac and Dick, nephew Kelly Johnston and his parents Ross and Norine Johnston.

Ted was a charter member of the West Lorne Optimist Club of which he was very proud and very involved.  Ted was one of the founders of  Johnston Canadian Collision in 1963.

A celebration of Ted's life will happen in the future but in the meantime, feel free to share a memory of Ted at www.westelginfuneralhome.com

If desired, memorial contributions to the Four Counties Hospital Foundation or the West Elgin Legion, Branch 221 would be appreciated as your expression of sympathy.

Share Your Memory of
William
Upload Your Memory View All Memories
Be the first to upload a memory!
Share A Memory